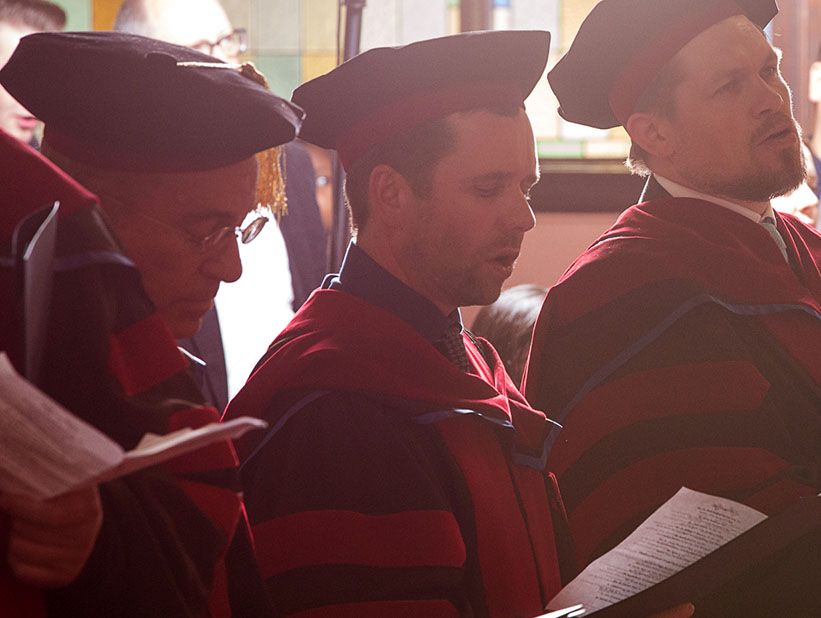 William Carey Centre for Ministry Excellence is established to be the premier research-based resource centre for the global church.

Vancouver, British Columbia (September 16, 2018) - Carey Theological College is pleased to announce it has established the William Carey Centre for Ministry Excellence, a major academic centre and resource for the global Christian community.

The Centre, named after William Carey of England and known as the “father of modern missions”, focusses on attracting senior Christian scholars to bring digital resources to pastors, ministry leaders and the global church throughout the world. These resources include booklets, monographs, periodical literature, and online seminars and lectures as well as producing and co-publishing high-quality Baptist scholarship.

“As a former church planter in Europe and missionary in Africa, I have seen first-hand the great impact that Biblically grounded theological education can have in the global church. I am confident that this Centre will provide additional support for pastors and ministry leaders all over the world,” said Dr. Colin Godwin, President of Carey.

Dr. Joyce Chan, Vice President, Academic at Carey, has hailed the Centre as “a way for Carey to further the vision that God has given to us, to empower faithful Christian leaders for every generation, culture, and community.”

Carey’s Pioneer MacDonald Professor of Baptist Theology and Ethics, Dr. William H. Brackney, will be the Centre’s Director. “In this relatively young institution, poised on the Pacific Rim and amongst a rich heritage of Canadian Baptist education, one finds energy, vision, commitment and outstanding educational foundations. We are humbled to bear the name of William Carey and in God’s Providence, move Carey’s vision to a new generation of excellence in ministry.”

About Carey Theological College
Carey Theological College, a ministry of the Canadian Baptists of Western Canada, is celebrating its 60th anniversary. Carey’s vision is to empower faithful Christian leaders for every generation, culture and community. It provides theological education through accredited programs ranging from certificate to doctoral degrees; equip the local church with online resources, workshops, seminars, retreats, and conferences; and disciple students of the University of British Columbia through our unique Christian community and residence program. Carey is affiliated to the University of British Columbia and is fully accredited by the Association of Theological Schools in the United States and Canada (ATS).

About Dr. William Brackney
Dr. William Brackney came to Carey from Acadia University where he was the first Millard R. Cherry Distinguished Professor of Christian Thought and Ethics in the Faculty of Theology and an adjunct in the Department of History and Classics. The author of over 40 published works, Brackney previously was head of the Department of Religion at Baylor University, Dean of Theology at McMaster University and principal of McMaster Divinity College, and Vice President/Dean of Eastern Baptist Theological Seminary. He is a Fellow of the Centre for Baptist Studies at Regent’s Park College, Oxford University, the Institut fur Baptismusstudien des Theologischen Seminars at Elstal, Germany, and in the Faculty of Theology at Vrie Universität of Amsterdam.

About William Carey
William Carey (1761-1834), a widely-read shoemaker from the English Midlands, inaugurated the English Baptist Missionary Society, and virtually initiated the modern evangelical missionary movement. He established his base at Serampore, India, which included a printing press, a church, and a college for training ministers. An authority in the languages of India, Carey published scores of linguistic and scientific studies and eventually became a professor of Sanskrit at Fort William College. His name is virtually synonymous with the Evangelical tradition, global missions, and Bible translation.

IN MEMORY OF DR. GERALD STALEY